Short stories of Fires and Carbon is a sequence of 4 performative acts that all use three simple elements of flame, spark and carbon. Reflecting on the discovery and the domestication of fire as the first defence against the intangible and the looming, Short stories of Fires and Carbon fulfils its own prophecy of the birth of the cultural animal. Your meat is cleaner and more tender, the place where you live is not only warmer but even more beautiful. A new ‘inexperienced generation’, created in extremis, is embodied by 4 artists-performers (Riccardo Benassi, Andrea Magnani, Costanza Candeloro, Riccardo Baruzzi) and by 4 projects linked to time, chaos, cultural orphanhood, and cynicism. These are the conceptual hinges that will burn on installation devices made of carbon -the molecule at the base of every living organism- activated and specially designed for the 4 artists’ projects/statements for the space of Raum: flints, sparks, plates, embers and fans. Short stories of Fires and Carbon is a performance that stems from a curatorial or editorial need that sees in the choice of certain artistic practices the possibility of a semantic and formal re-formalization of the ‘innate attitudes’ of the chosen artists, shining through in their life and in their artistic research. It is in these terms that Alessandro Di Pietro directs his new artwork, dealing with the performance and construction of a vision linked to a performative space with the aim of overcoming the physicality of the act and creating a new nameless prism.

Short stories of Fires and Carbon 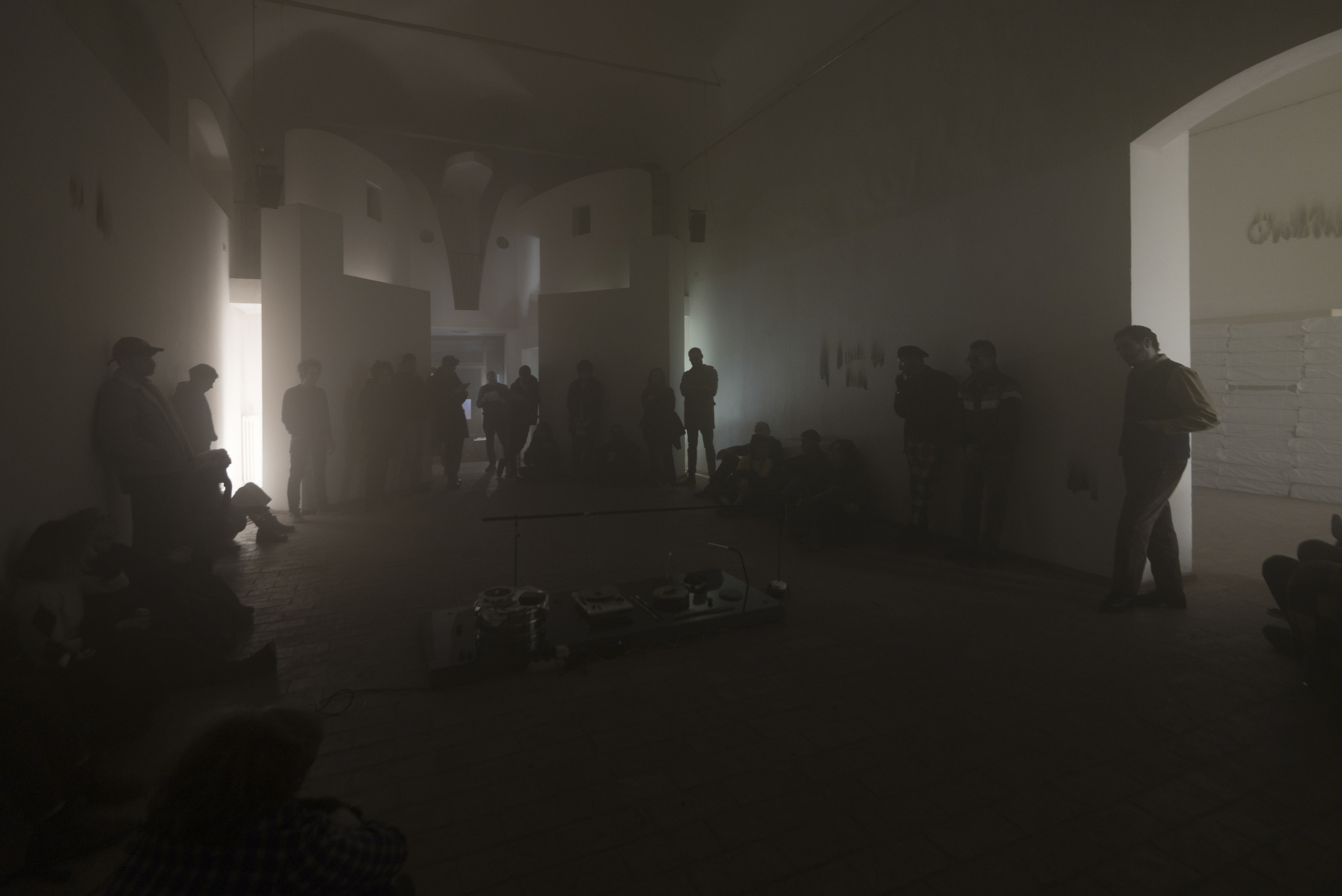 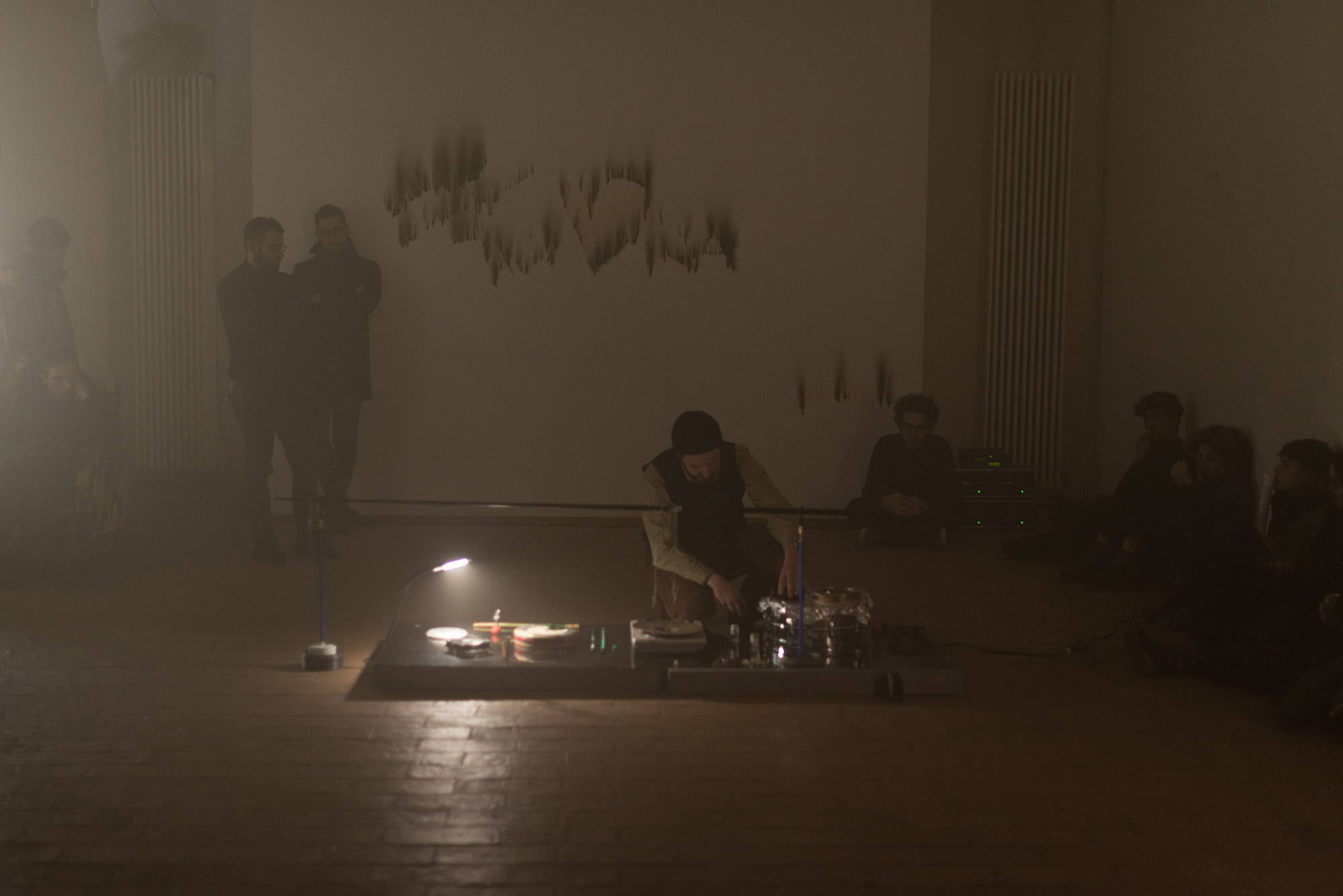 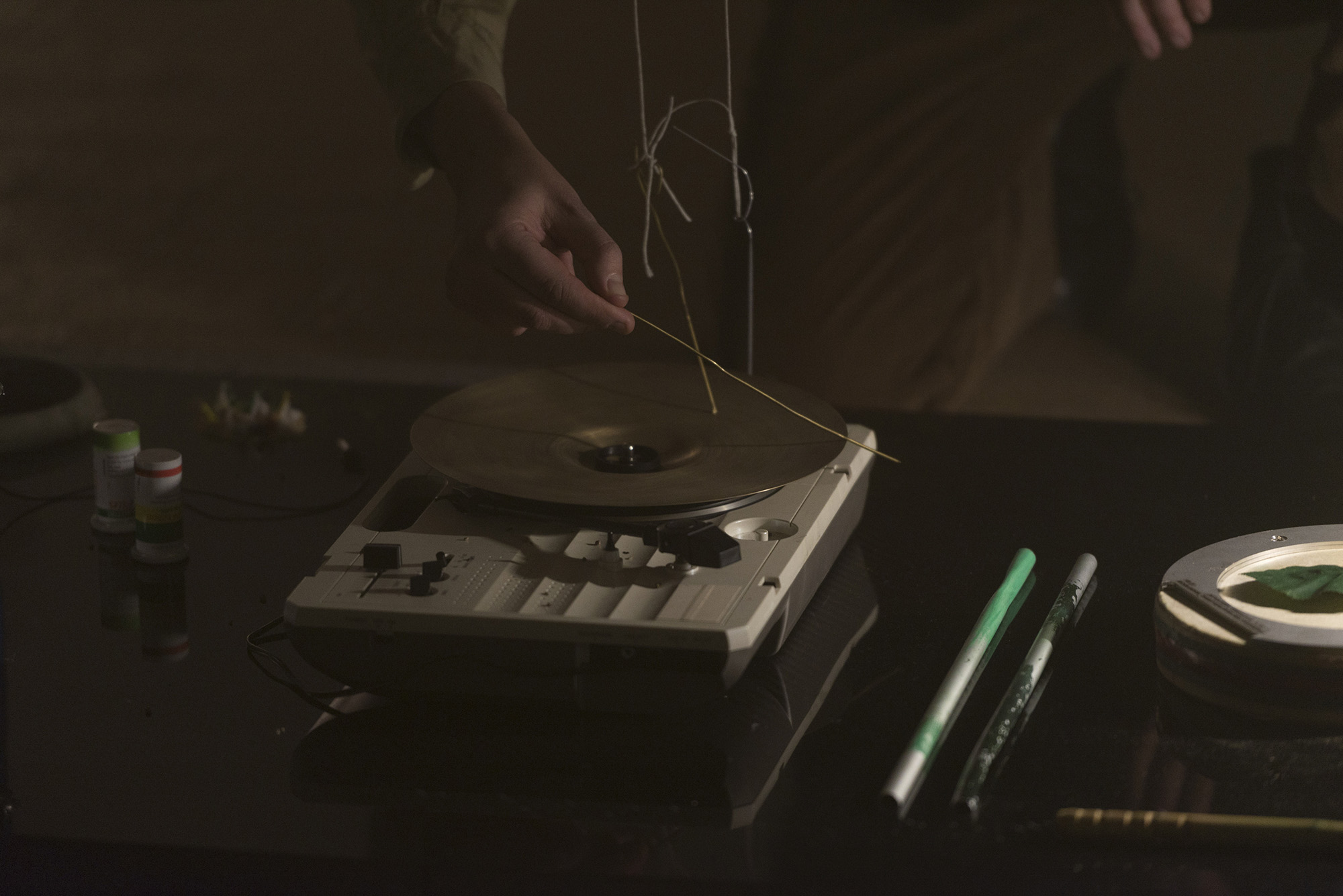 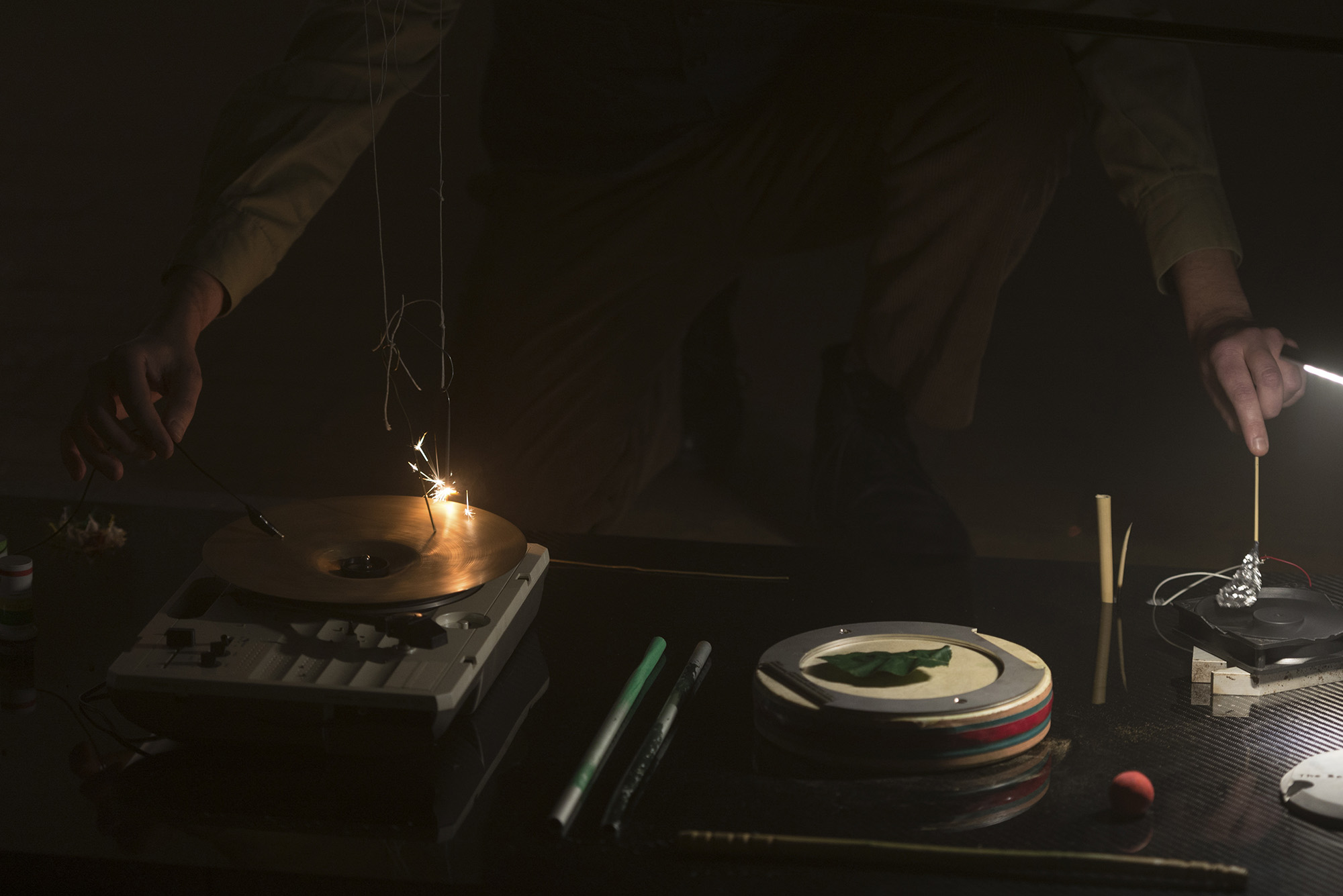 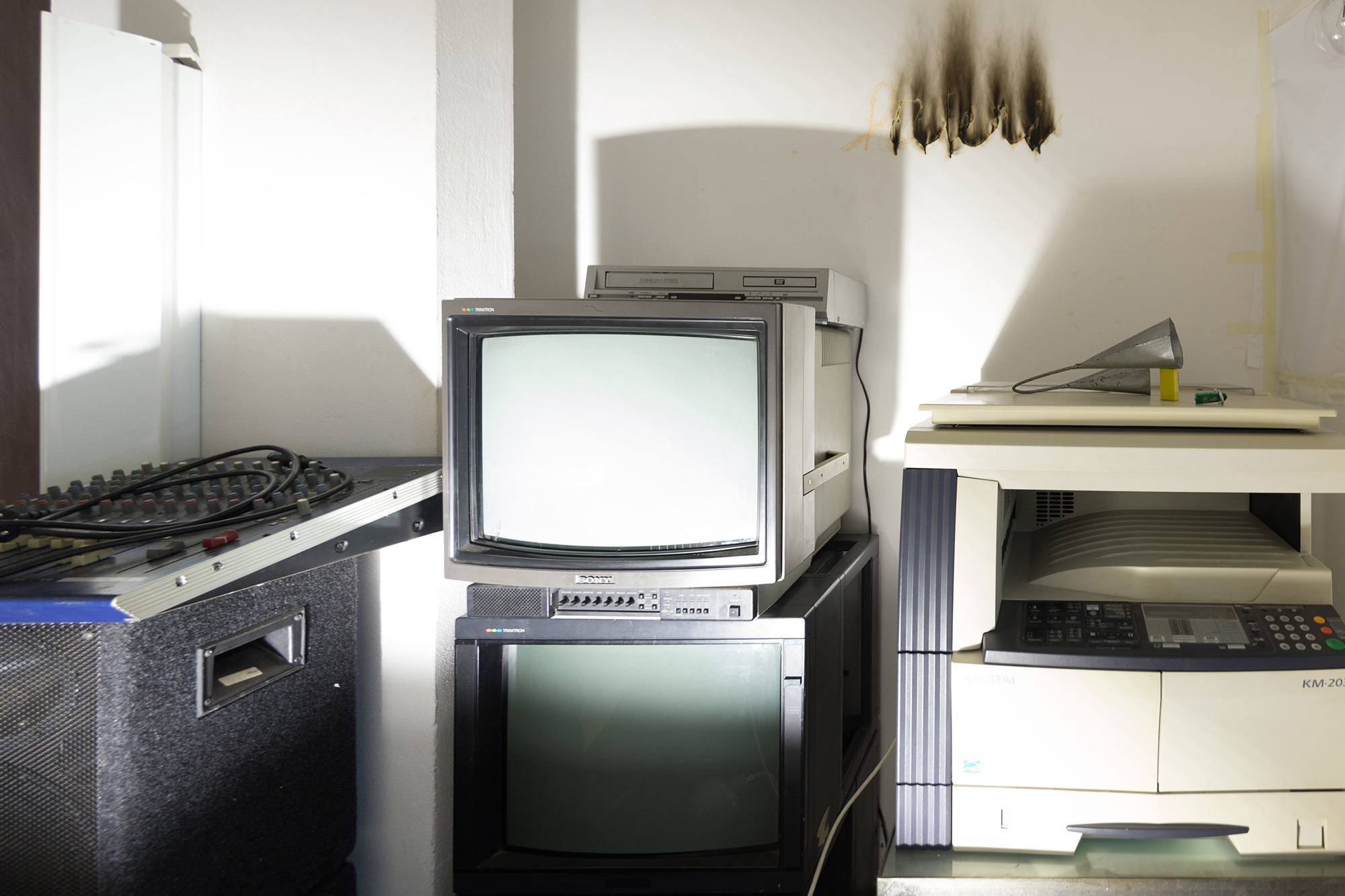 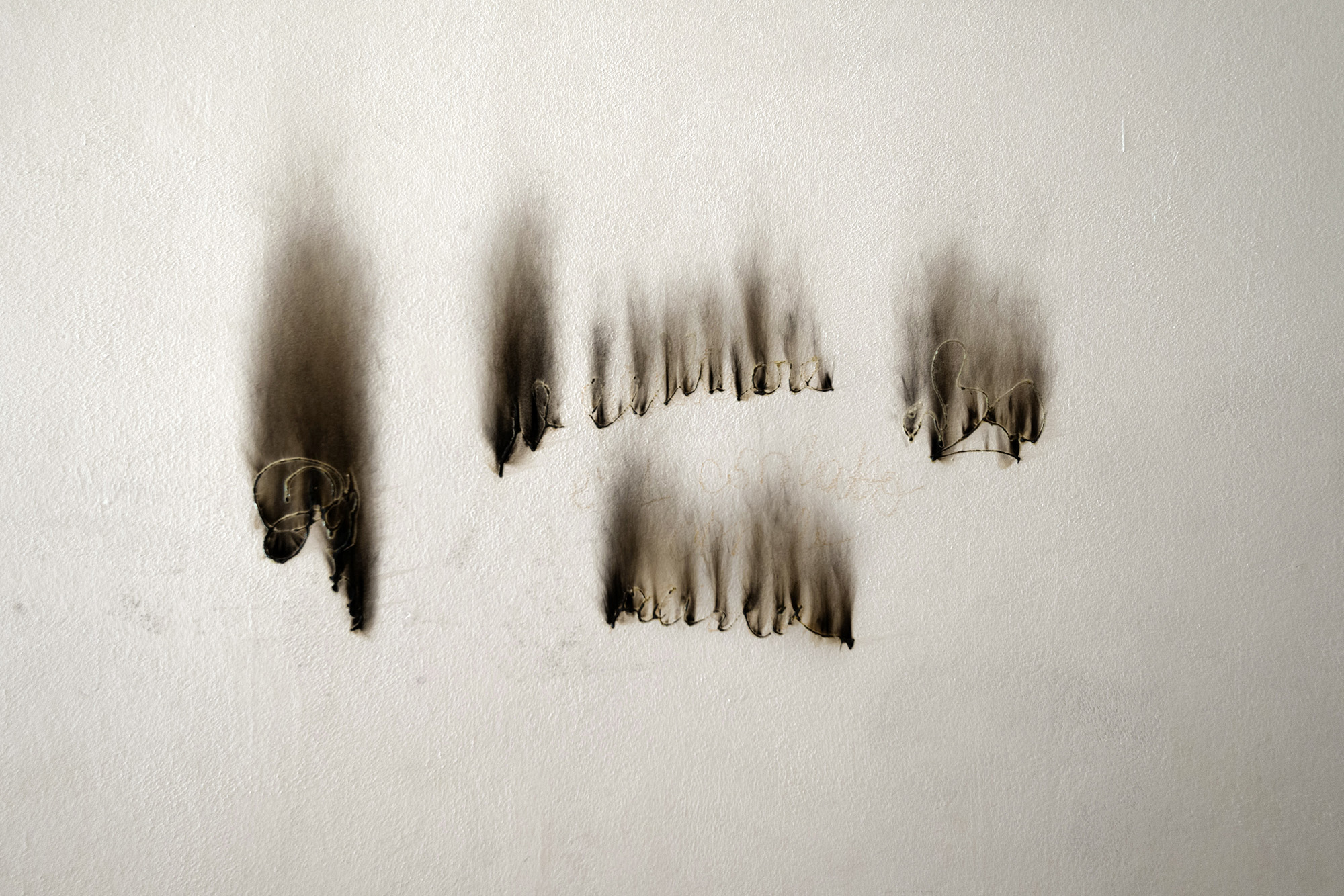 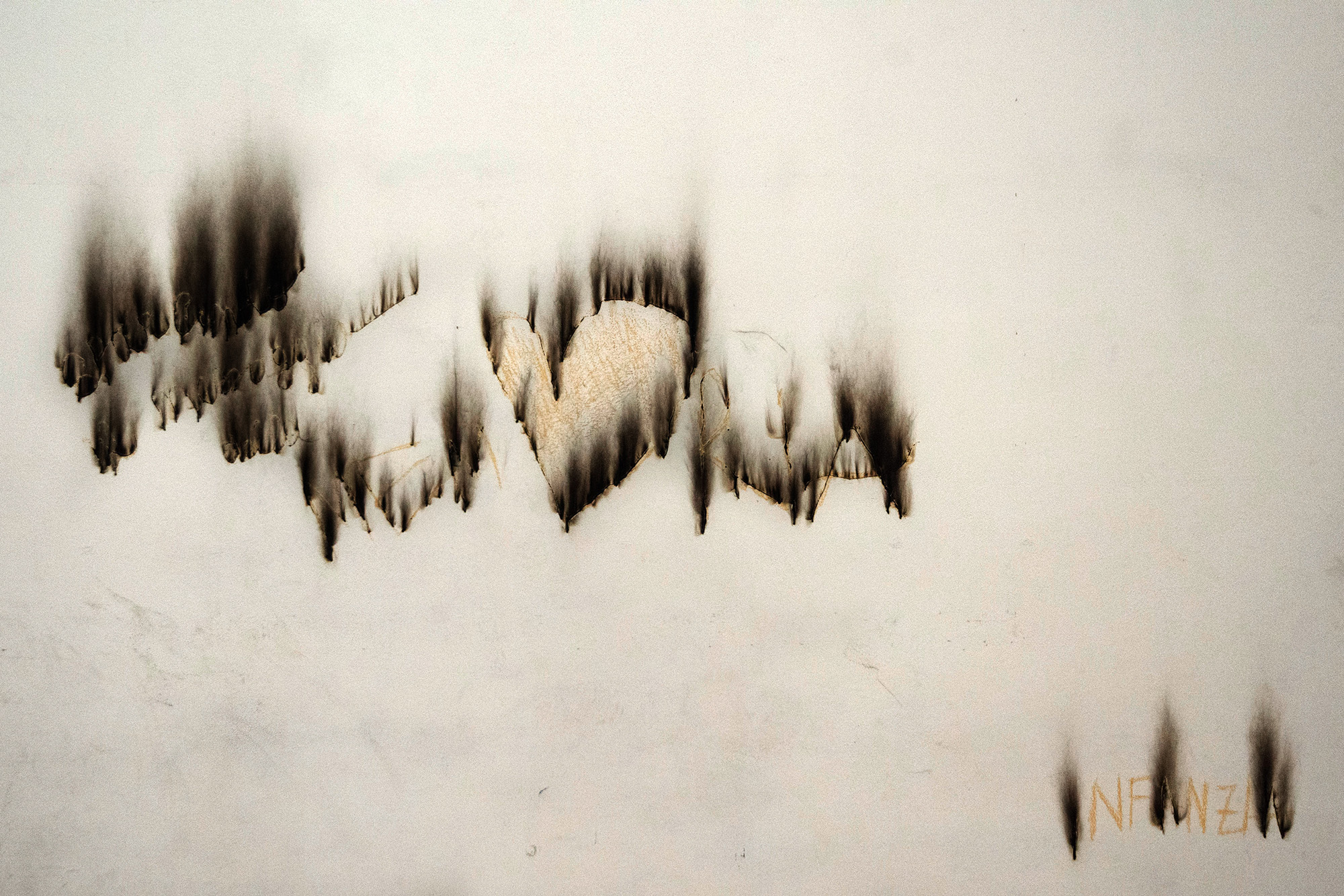 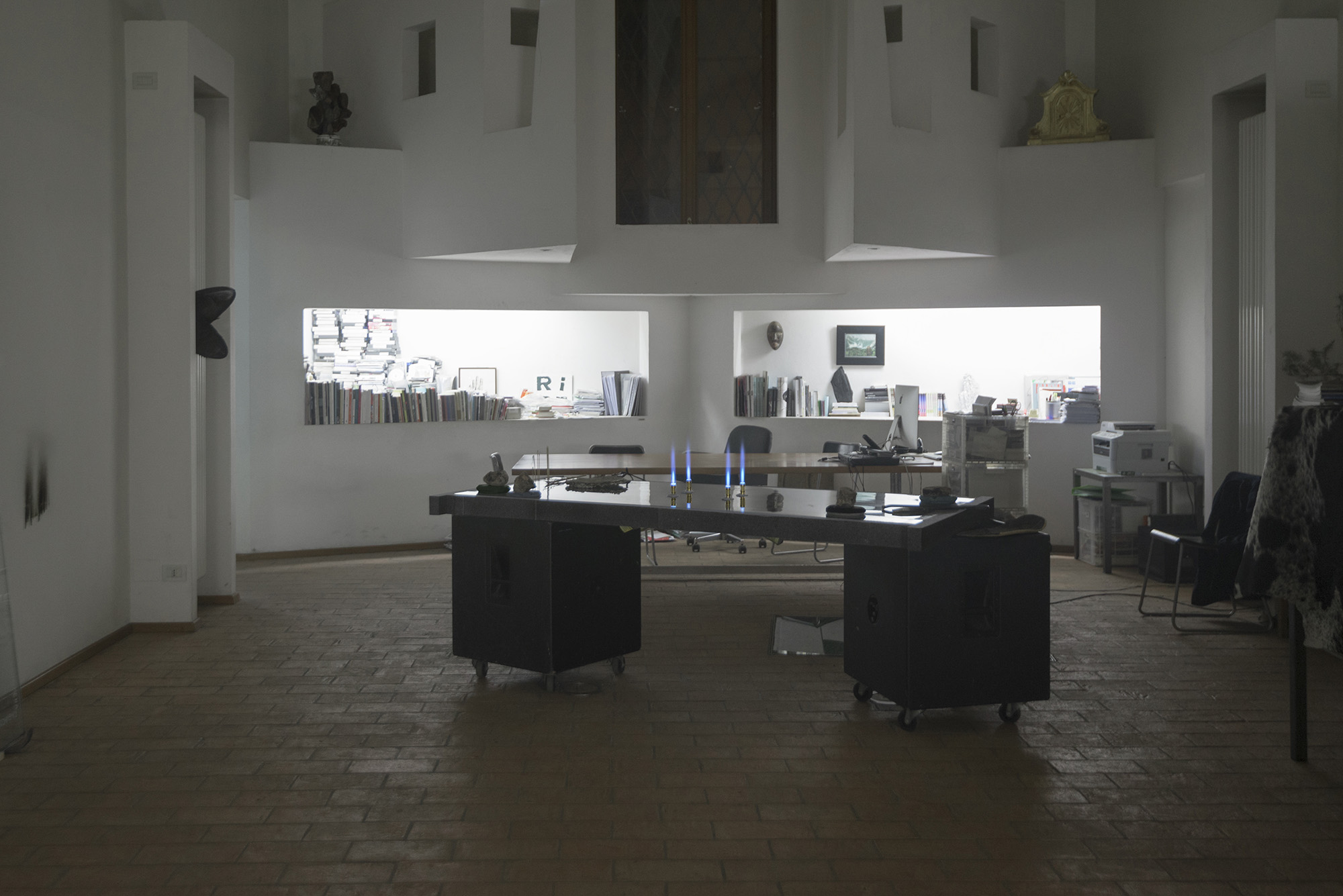 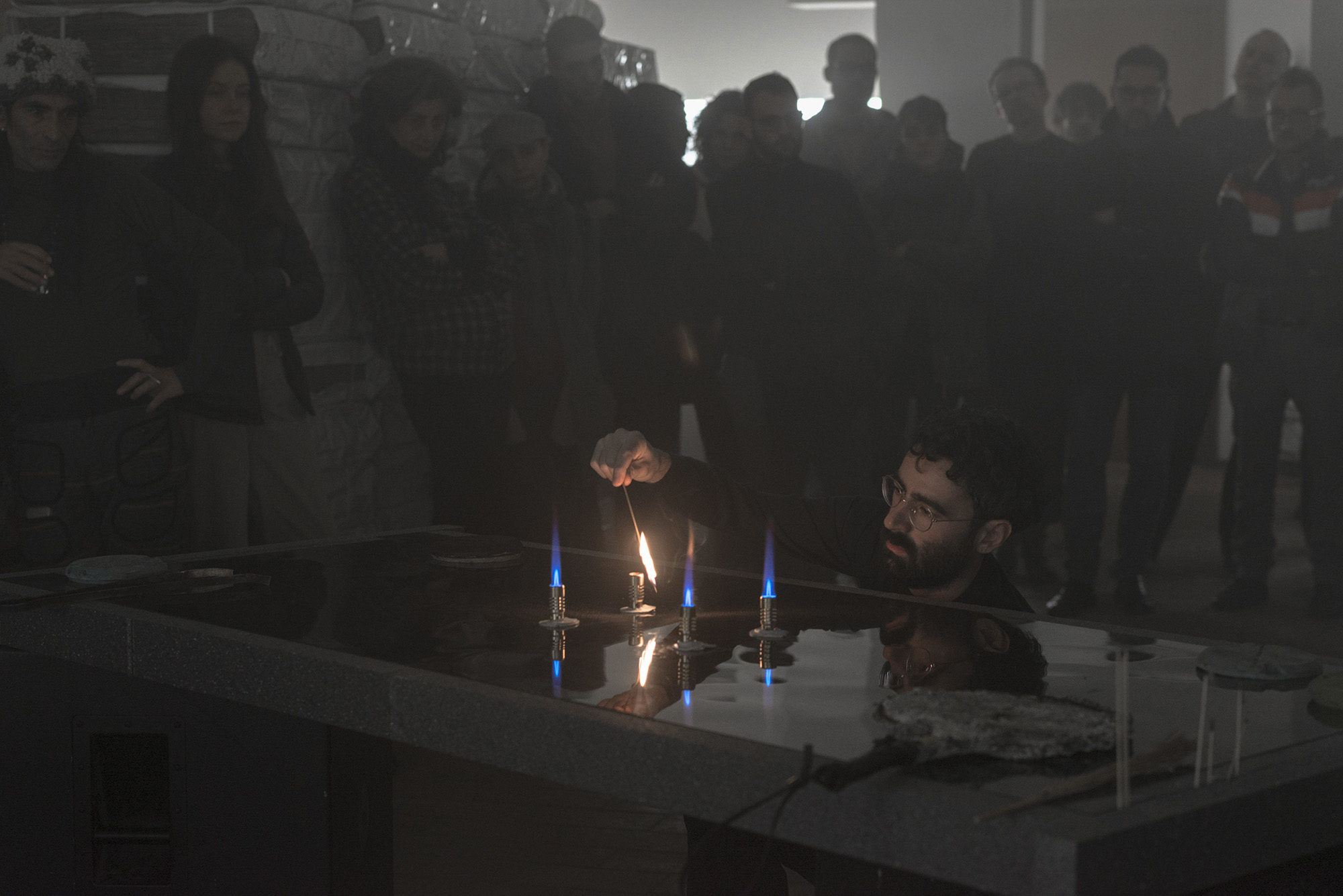 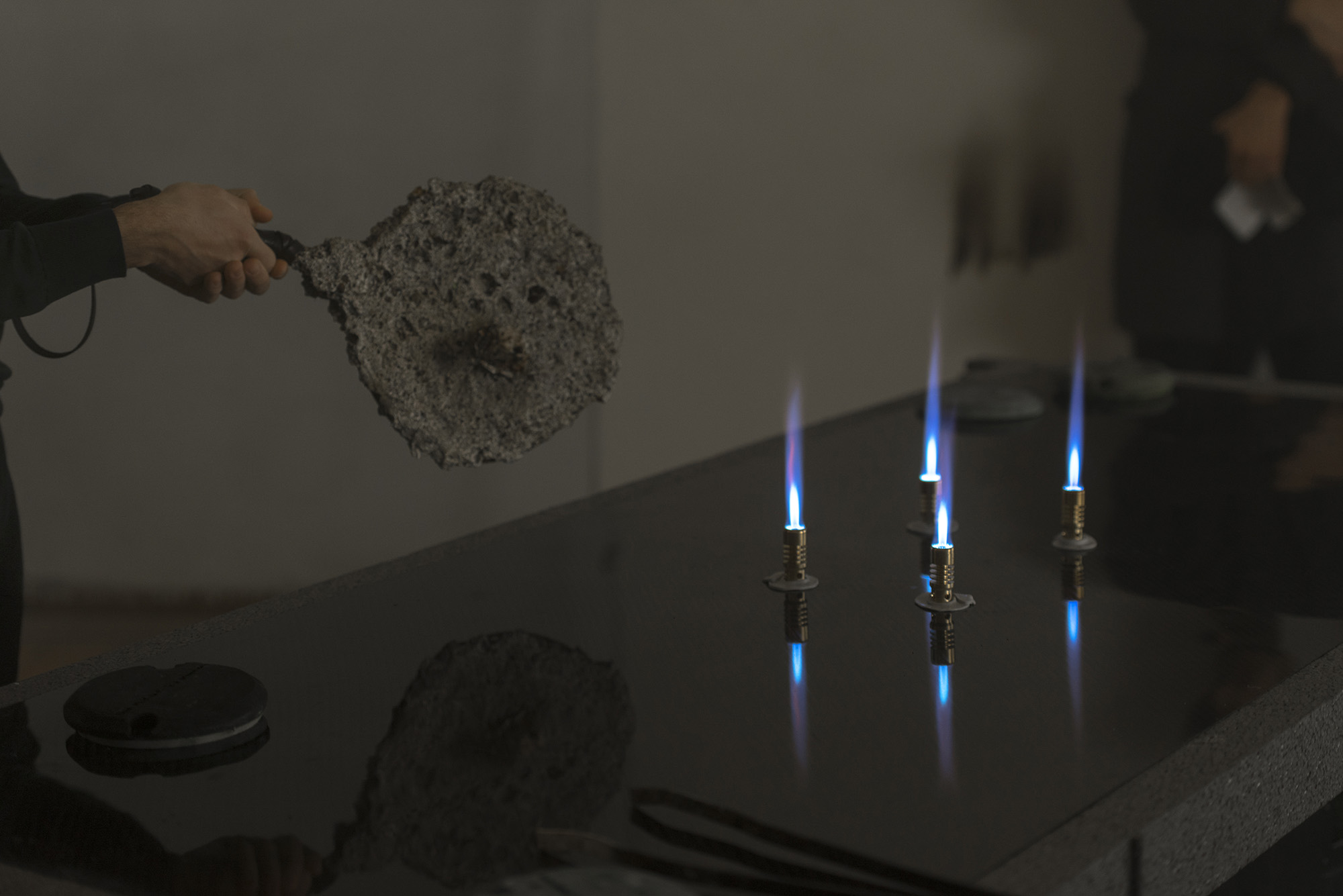 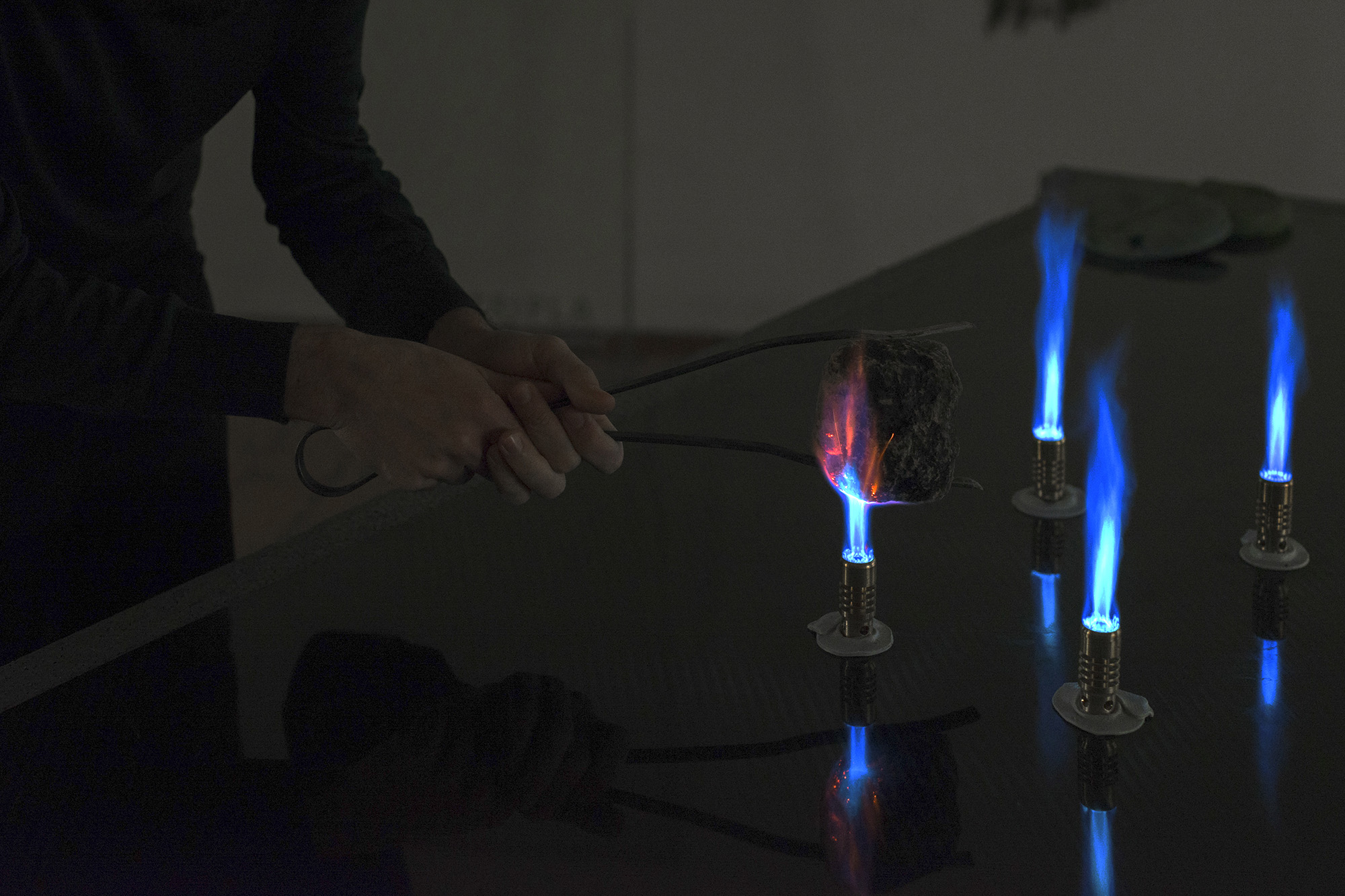 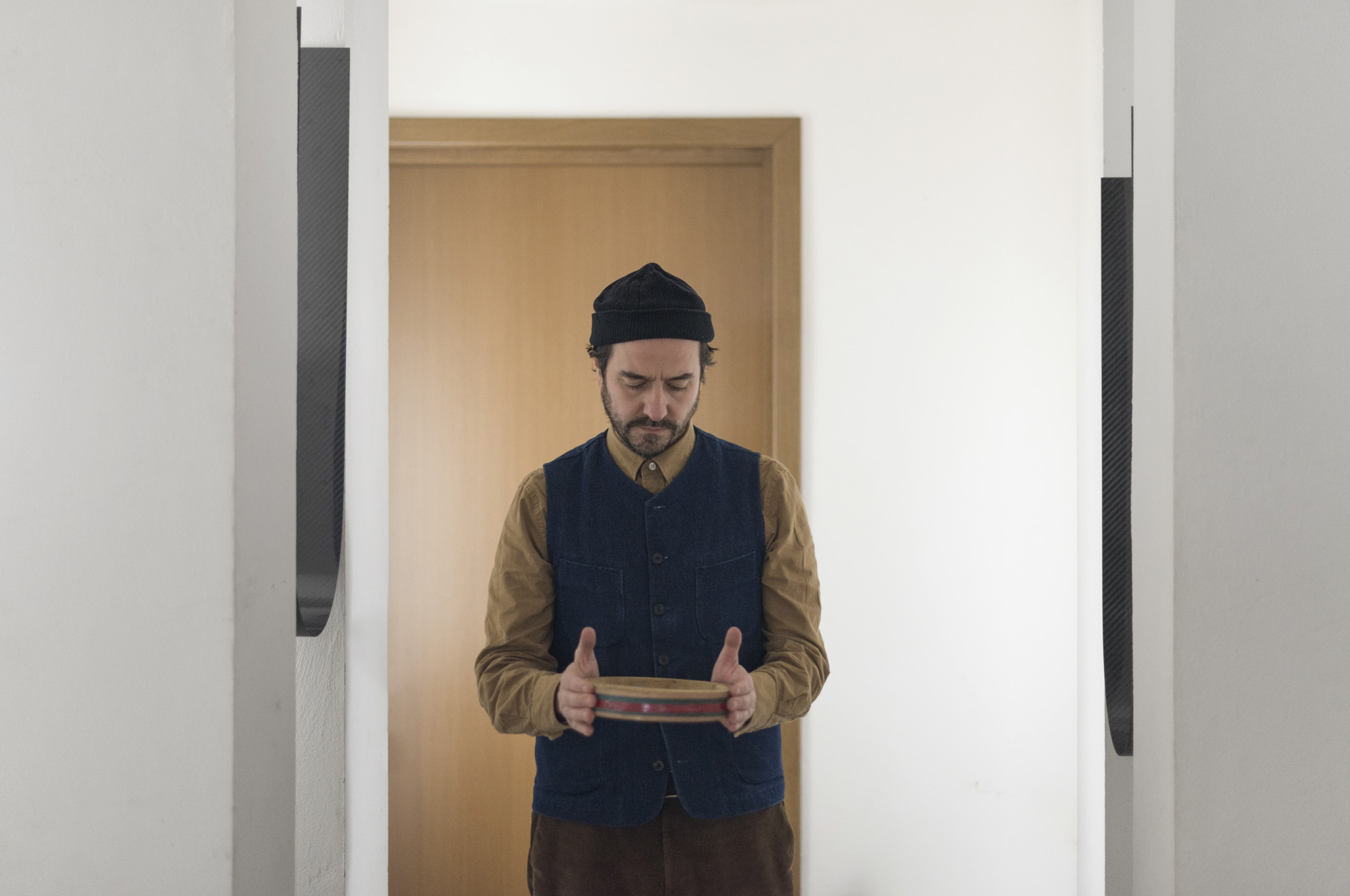